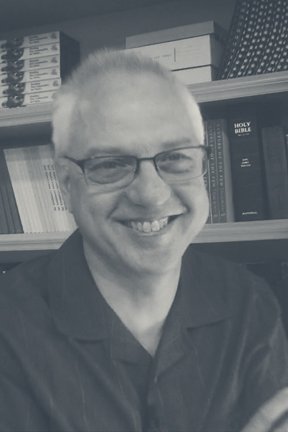 Dave Williams was born and raised in York Springs, PA., the son of Roy, Sr. and Neva Williams. He attended the Harmony Bethel Church of God. After graduation from Bermudian Springs High School, he painted houses with his father and brothers for two years. He then left for Findlay College to become an accountant for the family business. This endeavor was , as he began to feel a calling to pastoral ministry. He graduated from Findlay College in 1985 with a dual major in Religion and Psychology.

At  he met Donna Franks and later married her in May 1984. He attended Winebrenner Seminary and received his M. Div. in 1988. Dave and Donna have three grown children, Samuel, Rachael  Philip.

For twenty years Dave pastored the Bare Memorial Church of God in Roaring Spring. He has been active in Bible Quizzing since his youth in the roles of quizzer, CGGC Director, quiz coach  ERC director. He has served on multiple commissions within the Eastern Region and General Conference. He has led six short-term mission trips to Haiti and three trips to the SouthWest.

In his free time, Dave enjoys hunting deer and grouse at the family camp in Tioga County, tending to his Hosta, Dahlia  Daylily gardens and running long distance. Dave is grateful God has chosen to use him to offer living water to spiritually thirsty people. That we are loved by the Creator of the universe and can love others as a result of that love is a thrilling truth he wants to share with others. God has wired him in such a way that serving others is his primary gift.

Dave reflects, “What a glorious history we have. From the banks of the Susquehanna, we have ventured out to the shores of the Atlantic and to the peaks of the Allegheny Mountains, from New England to the nation’s capital, and now into the Carolinas. God is increasing our ministry field. At the same  we do not give up on the congregations and people God has already given us.  we have 155 congregations in seven states. The average attendance of these congregations ranges from 9 to 1,350. The needs of these congregations are unique to each setting, yet each has the common goal of fulfilling the mission Jesus gave us to make disciples of all nations. We can accomplish this as we faithfully strive to be more outward focused congregations, to develop people as followers of Christ and to have a kingdom mindset. It is my passion to see lives transformed by the power of the Holy Spirit. Pastors, be the leaders God has called you to be. Lay leaders, live like Christ. As we develop our roots in Christ and faithfully follow him, great things will happen.”