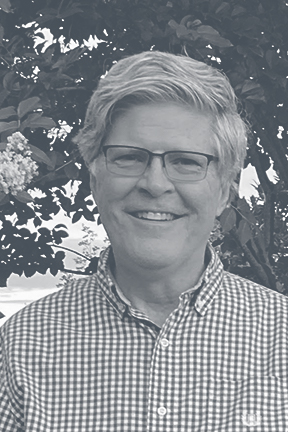 Rich Thornton was born in Western Pennsylvania to Lester and Louise Thornton who faithfully served many churches in what is now the Allegheny Region of the CGGC. At an early age, he knew that his passion was to do whatever God called him to do. He graduated from Findlay (Ohio) College, now the University of Findlay, in 1972 with a Political Science Major, History Minor, and certification in Secondary Education. Rich attended the College of Law at Ohio Northern University in Ada, Ohio with plans of becoming a lawyer.

After just a couple of terms in Law School, Rich left and soon was on the staff of a church as Youth Director. Rich had done youth ministry in various ways since his teen years through singing in traveling groups to churches and camps. Youth Ministry and the questions that he couldn’t answer led him on the path to Winebrenner Theological Seminary where he graduated in 1978.

While at Friendship, Rich was introduced to Chuck Frank who had recently become the Church Planting Director for the ERC. Believing in the 2020 Vision for planting multiplying churches and wanting to be part of seeing it accomplished, Rich, became part of the ERC Church Planting Commission while serving Friendship Community Church.

The vision for planting new churches in the Southeast was given to Rich in March 2010 and responses from church planters began in the Raleigh, North Carolina area in July 2011. In that decade, leaders from the ERC recruited, assessed, coached, and resourced church planters and churches. Rich became ERC Church Planting Field Director full-time in February 2013 with emphasis given to the Southeast. By the end of the decade, the Southeast included not only North Carolina but also South Carolina, Georgia, and Florida.

Rich has been blessed in all of this with his loving wife of 35 years, Diane, and two delightful daughters, Rosie, now married to Russell O’Connell, and Emilie, now married to Jonathan Maybank. In March 2020 Owen Zachary O’Connell was born and now Rich is a Grandpa as well. The adventure continues and Rich still just wants to do whatever God asks knowing that it is only the Grace of God that allows him to do anything at all. Most of all Rich is a Child of God.